Teuton Reports Discovery of the "Eagle's Nest" zone on its Del Norte Property, Golden Triangle, BC.

August 13, 2020 - TheNewswire - Vancouver, Canada – Teuton Resources Corp.  (“Teuton” or “the Company”) (TSXV:TUO) (Frankfurt:TFE) has received a report from its optionee, Decade Resources, regarding the discovery of a new mineralized structure, the “Eagle’s Nest”, on its Del Norte property,  located in the Golden Triangle region of northwest British Columbia.

The new zone consists of quartz veining with associated brecciation over widths ranging up to 6 metres; it has been traced for a minimum of 400m along strike.  The centre of the zone consists of a quartz vein up to 2 metres wide carrying minor galena, sphalerite, tetrahedrite, chalcopyrite and pyrite with veinlets in the breccia along the walls carrying strong galena and sphalerite.  The Eagle’s Nest is located to the west of the LG vein which was previously explored by drilling from 2002 to 2006.  The following drill intersections were obtained in 2004 and 2005 in the LG vein directly downslope of the Eagle’s Nest:

The Eagle’s Nest is the third silver-gold rich, vein/breccia occurrence to be found in the area.  The first two, the Kosciuszko (K-zone) and LG vein, were drill tested in previous years with over 40 holes.  True widths of the K zone were up to 10 to 12 metres.

Decade Resources reports that it has sampled the new zone on surface and samples have been shipped to Activation Laboratories Ltd in Kamloops BC.  Two photos of the new zone have been attached to the bottom of this release.

Decade says that the 2020 exploration work is being conducted from Stewart in order to avoid a camp situation that may lead to health concerns due to the Covid19 virus. The company uses a Stewart based helicopter for support. A pad building crew, diamond drill crew and support staff are presently mobilizing to a staging area near the project. The geological crew is one that the Company has relied on for a number of years and which has intimate knowledge of the property.

Teuton has been informed by the Ministry of Mines, verbally, that the permitting process is almost done.  Drilling is expected to occur immediately upon receipt of the formal permit.  Decade recently completed a $1.2 million private placement,  proceeds of which will finance the exploration program.

The Del Norte property was optioned to Decade Resources in January of 2020 with terms allowing Decade to earn up to a 55% interest in the property by spending $4 million over a five year period; an additional 20% interest can be earned by taking the property to commercial production. The property is situated 34 kilometres east of Stewart, BC and is comprised of 5,830.16 hectares in 13 separate claims.

The Qualified Person for this news release for the purposes of National Instrument 43-101 is Decade Resources president, E. Kruchkowski, P. Geo. He has read and approved the scientific and technical information that forms the basis for the disclosure contained in this news release.  Dino Cremonese, P. Eng., is the Qualfied Person for Teuton Resources and as President is not independent of the Company.   He has verified the historical, technical information in this release.

Teuton owns interests in more than thirty properties in the prolific “Golden Triangle” area of northwest British Columbia and was one of the first companies to adopt what has since become known as the “prospect generator” model.  Seven of these properties are currently under option to third parties.   Over $4 million in option cash and share payments has been generated from these properties since 2015, including properties where optionees have already earned their interest.

One of Teuton’s properties, the Treaty Creek, is presently the subject of a multi-million dollar exploration program testing the Goldstorm zone with six diamond drills. Teuton was the original staker of this property, assembling the core land position in 1985.  It presently holds a 20% carried interest in Treaty Creek (carried until such time as a production decision is made) as well as a 0.98% NSR in the claims covering the Goldstorm zone.  A 0.49% NSR is owned in the peripheral claims.   None of the NSRs are subject to a buy-back.  Teuton also owns eight other royalties in the Sulphurets Hydrothermal System with interests ranging up to 2.5%, none of which are subject to a buyback.  Interested parties can access information about Teuton at the Company’s website, www.teuton.com.

Certain statements contained in this press release constitute forward-looking information. These statements relate to future events or future performance. The use of any of the words "could", "intend", "expect", "believe", "will", "projected", "estimated" and similar expressions and statements relating to matters that are not historical facts are intended to identify forward-looking information and are based on the Company's current belief or assumptions as to the outcome and timing of such future events. Actual future results may differ materially.

All statements relating  to future plans, objectives or expectations of the Company are forward-looking statements that involve various risks and uncertainties. There can be no assurance that such statements will prove to be accurate and actual results and future events could differ materially from those anticipated in such statements. Important factors that could cause actual results to differ materially from the Company's plans or expectations include risks relating to the actual results of current exploration activities, fluctuating gold prices, possibility of equipment breakdowns and delays, exploration cost overruns, availability of capital and financing, general economic, market or business conditions, regulatory changes, timeliness of government or regulatory approvals and other risks detailed herein and from time to time in the filings made by the Company with securities regulators. The Company expressly disclaims any intention or obligation to update or revise any forward-looking statements whether as a result of new information, future events or otherwise except as otherwise required by applicable securities legislation. 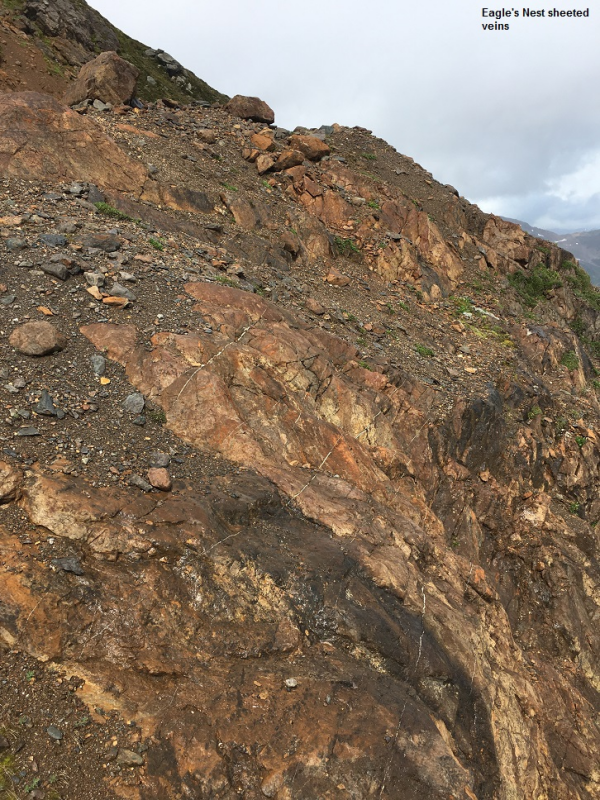 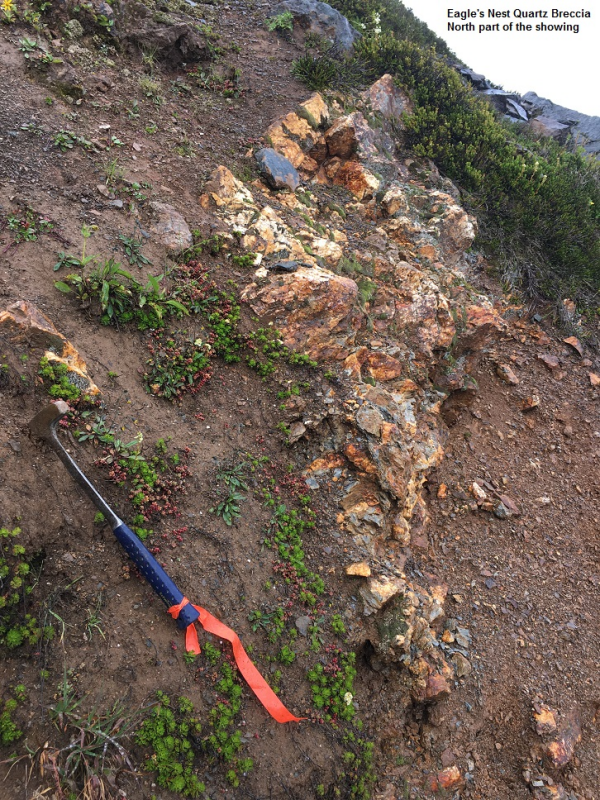