VANCOUVER and TORONTO, May 22, 2020 /CNW/ - Wallbridge Mining Company Limited (TSX:WM) ("Wallbridge") and Balmoral Resources Ltd. (TSX:BAR; OTCQX:BALMF) ("Balmoral") (collectively the "Parties") are pleased to announce the completion of the previously-announced Plan of Arrangement (the "Arrangement") between the Parties. With completion of the Arrangement Wallbridge has now acquired 100% of the issued and outstanding common shares (the "Balmoral Shares") of Balmoral in exchange for consideration of 0.71 of a common share of Wallbridge for each Balmoral Share.

"With the completion of the Arrangement, Wallbridge now controls a district-scale land position along the Detour-Fenelon Gold Trend, a major structure that hosts the Detour Lake gold mine, the Fenelon gold project and numerous other gold exploration and development projects," said Marz Kord, President & CEO of Wallbridge. "The properties acquired from Balmoral dramatically increase our footprint in Quebec to 739 km2 of underexplored and highly-prospective ground that is clearly complimentary to our rapidly expanding Fenelon gold project. As announced earlier this week, our exploration team has begun evaluating the newly-acquired properties, and drilling to identify extensions of the Fenelon gold system is planned to begin this summer."

"The strong drilling results from both companies over the last few weeks and accompanying strong move in the share prices of Wallbridge and Balmoral into today's completion of the Arrangement simply reinforces the rationale for combining the two companies," said Darin Wagner former President and CEO of Balmoral. "To the Balmoral shareholders - our team again thanks you for your tremendous support over the last decade and we are excited by what lays ahead for the combined entity."

As a result of the Arrangement, Balmoral has become a wholly-owned subsidiary of Wallbridge, and the Balmoral Shares are anticipated to be de-listed from the Toronto Stock Exchange following the close of trading on May 25, 2020.

Former registered shareholders of Balmoral will be required to submit their share certificates or DRS advices and letters of transmittal to TSX Trust and to follow the instructions contained in the Balmoral Management Information Circular dated March 27, 2020 in order to obtain Wallbridge share certificates pursuant to the Arrangement. In addition, the outstanding options of Balmoral have been adjusted in accordance with their terms and the Exchange Ratio such that 6,871,647 options of Wallbridge have been reserved for exercise.

TSX Trust can be reached toll free in North America at 1-866-600-5869 or, if outside of North America, at 416-342-1091 or by email at tmxeinvestorservices@tmx.com for former Balmoral shareholders requiring additional information on the exchange.

Wallbridge is establishing a pipeline of projects that will support sustainable 100,000 ounce-plus annual gold production as well as organic growth through exploration and scalability.

Wallbridge is currently developing its 100%-owned Fenelon gold project, which is located along the Detour-Fenelon Gold Trend, an emerging gold belt in northwestern Quebec, with an ongoing 70,000 to 80,000-metre exploration drill program in 2020 and a 33,500-tonne bulk sample and 75,000 metres of drilling completed in 2019. Wallbridge is also pursuing additional advanced-stage projects which would add to Wallbridge's project pipeline. Wallbridge is also the operator of, and a 16.5% shareholder in, Loncan Canada Inc., a privately-held company with a large portfolio of nickel, copper, and PGM projects in Ontario's Sudbury Basin.

Following completion of the acquisition of Balmoral, Wallbridge has secured a buffer of several kilometres surrounding its rapidly-expanding Fenelon discovery providing room for growth as well as future mine development flexibility. The transaction with Balmoral also significantly expands Wallbridge's land holdings in Quebec along the Detour-Fenelon Gold Trend (from 10.5 km2 to 739.0 km2), improving Wallbridge's potential for further discoveries in this under-explored belt.

Balmoral is a multi-award winning Canadian-focused exploration company with a portfolio of gold and base metal properties located within the prolific Abitibi greenstone belt. The company's flagship, Detour Gold Trend Project hosts the resource-stage Bug and Martiniere West gold deposits and the Grasset nickel-copper-cobalt-PGE deposit. Employing a drill-focused exploration style in one of the world's preeminent mining jurisdictions, Balmoral followed an established formula with a goal of maximizing shareholder value through the discovery and definition of high-grade, Canadian gold and base metal assets.

On Behalf of the Parties:

This press release may contain forward-looking statements (including "forward-looking information" within the meaning of applicable Canadian securities legislation and "forward-looking statements" within the meaning of the US Private Securities Litigation Reform Act of 1995) relating to, among other things, the operations of Wallbridge and the environment in which it operates. Generally, forward-looking statements can be identified by the use of words such as "plans", "expects" or "does not expect", "is expected", "budget", "scheduled", "estimates", "forecasts", "intends", "anticipates" or "does not anticipate", or "believes", or variations of such words and phrases or statements that certain actions, events or results "may", "could", "would", "might" or "will be taken", "occur" or "be achieved". Wallbridge has relied on a number of assumptions and estimates in making such forward-looking statements, including, without limitation, the costs associated with the development and operation of its properties. Such assumptions and estimates are made in light of the trends and conditions that are considered to be relevant and reasonable based on information available and the circumstances existing at this time. A number of risk factors may cause actual results, level of activity, performance or outcomes of such exploration and/or mine development to be materially different from those expressed or implied by such forward-looking statements including, without limitation, whether such discoveries will result in commercially viable quantities of such mineralized materials, the possibility of changes to project parameters as plans continue to be refined, the ability to execute planned exploration and future drilling programs, the need for additional funding to continue exploration and development efforts, changes in general economic, market and business conditions, and those other risks set forth in Wallbridge's most recent annual information form under the heading "Risk Factors" and in its other public filings. Forward-looking statements are not guarantees of future performance and such information is inherently subject to known and unknown risks, uncertainties and other factors that are difficult to predict and may be beyond the control of Wallbridge. Although Wallbridge has attempted to identify important risks and factors that could cause actual actions, events or results to differ materially from those described in forward-looking statements, there may be other factors and risks that cause actions, events or results not to be as anticipated, estimated or intended. Consequently, undue reliance should not be placed on such forward-looking statements. In addition, all forward-looking statements in this press release are given as of the date hereof. 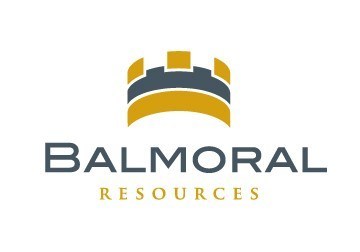