May 30, 2017 (Investorideas.com Newswire) AbraPlata has completed a reverse takeover and closed an oversubscribed private placement, and is now moving quickly to explore its properties in Argentina. 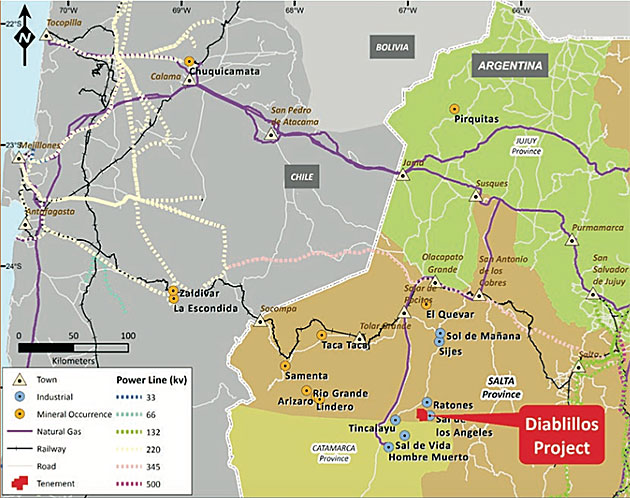 In late April, AbraPlata Resource Corp. (ABRA.TSX.V) completed a reverse takeover (RTO) of Huayra Minerals Corp. and began trading on the TSX Venture Exchange under the symbol ABRA and (OTC: ABBRF). Concurrent with the RTO, AbraPlata closed a $2.86 million private placement. On May 16, the company announced, as a result of strong demand, the raise of an additional $775,790 through private placement.

The company has acquired the Diabilillos property in Argentina's Salta Province from Silver Standard Resources Inc. (SSO:TSX; SSRI:NASDAQ). With cash in hand, the company is moving ahead to explore the property. AbraPlata announced on May 24 that it has awarded a 2,000-meter, 15-hole drilling contract to Foraco Argentina SA. The 79 sq km Diabilillos property hosts nine mineral occurrences, including the epithermal silver-gold Oculto deposit and the Fantasma zone immediately to the west of it. Oculto currently has an Indicated resource of 81.3 million ounces silver and 755,000 ounces gold.

According to AbraPlata, "the planned diamond drill program is expected to bring additional mineralization at the Fantasma mineralized zone into a resource category with a view to further defining and expanding the existing resources outlined at the Oculto deposit, approximately 800 meters to the east of Fantasma. This will, in turn, allow the company to establish the parameters necessary for updating a previously prepared internal preliminary economic assessment study."

AbraPlata CEO Willem Fuchter, in an interview with Gerardo Del Real published in Resource Stock Digest, noted that one of the "most important things about the Diablillos property is that in an existing mineral district, which includes Taca Taca, which is owned by First Quantum Minerals Ltd. (FM:TSX; FQM:LSE), which is a large porphyry system just a few tens of kilometers to the northwest of us. On top of that there's Lindero and Arizaro that are owned by Fortuna. There's also Regulus' Rio Grande porphyry deposit, our own Samenta porphyry moly deposit, and you've got a host of other Lithium and Borax mines in operation in the area."

AbraPlata also owns the Cerro Amarillo property, which is located close to the large El Teniente, Los Bronces and Los Pelambres copper-molybdenum deposits. It also has the Samenta copper-molybdenum project located in the same area as Diablillos, and the gold-silver Aguas Perdidas property.

Fuchter noted in the Resource Stock Digest interview that "the focus for the next few months is definitely going to be on the Diablillos. We want to update the PEA on Diablillos and then from there slide into the pre-feasibility and full feasibility over the next 18 to 24 months. So we're pretty much focused on getting that done at Diablillos. However, the potential of Cerro Amarillo is astounding. Cerro Amarillo's located on the southern part of that mineral district which hosts the El Teniente copper mining project, the Los Bronces project in Chile, the Los Pelambres project, also Chile, and Altar. That mineral district and its deposits is a mineral district of behemoth projects, not giant projects but behemoth projects."

2) The following companies mentioned in this article are sponsor of Streetwise Reports: None. Streetwise Reports does not accept stock in exchange for its services. Click here for important disclosures about sponsor fees. The information provided above is for informational purposes only and is not a recommendation to buy or sell any security.

3) Comments and opinions expressed are those of the specific experts and not of Streetwise Reports or its officers.

Analysts Expect Silver And Mining Stocks to Gain on Demand