The Dirty Secret of Clean Coal

Last week I discussed Donald Trump's contention that we were going to have "clean coal and we're going to have plenty of it." Readers have surely heard of clean coal. But just what is it? And does it have a chance at economic viability? If it does, there are two implications for investors. One is that the coal industry could see a resurgence, and the second of course is that there may be worthwhile investment opportunities in cleaning up coal.

So today let's learn a bit more about clean coal.

What is clean coal?

So what is meant by the phrase "clean coal"? To produce power from coal, the coal is crushed, mixed with air and then burned in a boiler. The boiler produces steam, which is used to drive a turbine. The turbine is connected to a generator, where magnets spin within wire coils to produce electricity. 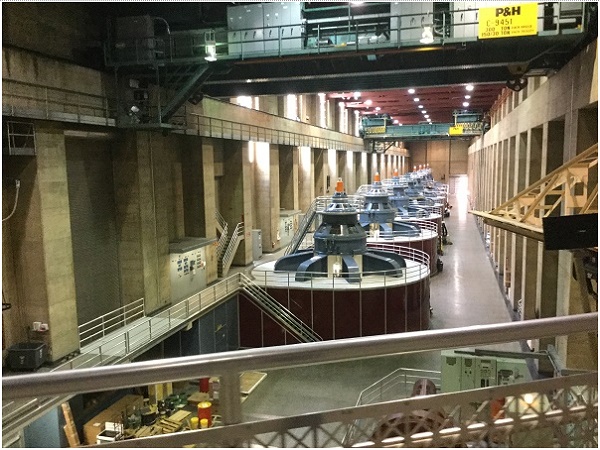 Photo I took of the hydroelectric turbines inside the 2 gigawatt (GW) Hoover Dam. Those generators are each capable of producing 130 megawatts (MW) of power, which is enough to power more than 100,000 homes.

But is it feasible?

If you happen to be a person who doubts that humans are making a measurable contribution to climate change, please bear with me. The reality is that most of the world's governments do acknowledge that the carbon dioxide that we are adding to the environment is indeed contributing to climate change, and that it is imperative that we limit those emissions.

As I remind people sometimes, it is my job to figure out what is likely to happen, and respond accordingly. I believe the world has accepted that carbon dioxide is contributing to climate change, and that therefore countries are likely to continue to try to limit carbon dioxide emissions. Whether some segment of the population doubts that humans are causing climate change won't have a large bearing on that.

Since the coal industry and utilities that use coal want to survive, they have pushed the clean coal narrative for many years. After all, if there is some hope that this dream is achieved, perhaps the EPA could cut them some slack while they work out the kinks.

It's not so hard to imagine how it would be done. In fact, it's already been demonstrated many times at a pilot scale. The exhaust from the power plant stack is captured, compressed, and stored underground - either in a cavern or an old oil or gas field. It might look something like this: 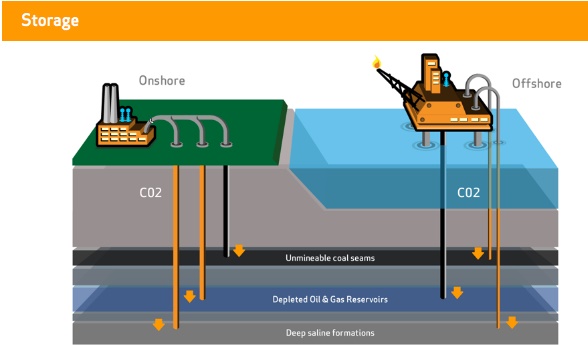 The key challenge has always been one of economics. The capital cost of the equipment for capturing and compressing those emissions is very high, and the power these processes consume inflicts a prohibitive drain on the plant. Just to compress the emissions can require 10% of the plant's power output, and then the carbon must still be transported to an appropriate site and pumped into the ground. All of these factors drive up the costs to the point where coal with carbon capture is prohibitively expensive relative to alternatives.

The prohibitive costs are amply demonstrated by the FutureGen project in Illinois. This project was a partnership between the United States Department of Energy (DOE) and an alliance of coal mining and electric utility companies. The project was to be located at the 275 MW Meredosia Power Station.

FutureGen won $1.1 billion in federal money in 2009, and the project cost was estimated to be $1.65 billion. The DOE spent $202 million on the project, but missed project deadlines and unresolved technology challenges ultimately caused the feds to pull the plug on the project in 2015.

While a number of other pilot projects are underway around the world, they all suffer from the same basic problem. The costs of competing power sources are close enough to coal that when you try to capture the carbon dioxide emissions coal becomes uncompetitive.

Thus, in reality there aren't any commercially viable clean coal technologies. It's very likely there won't be any. So for countries that have committed to reducing carbon emissions, the pressure to phase out coal will continue to be intense. Thus, I view a renaissance of the coal industry as highly unlikely. This is a key reason we continue to largely avoid coal companies in our portfolios at The Energy Strategist. I also wouldn't advise investing in clean coal technologies. You'd be overwhelmingly likely to lose that money.

But what about the carbon dioxide that has already accumulated in the atmosphere since the beginning of the Industrial Revolution? Might there be a way of scrubbing that from the atmosphere? I will address that possibility in a future column.