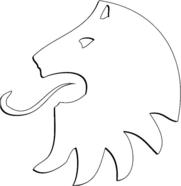 TSX-V Symbol: NLFrankfurt Symbol: N3E VANCOUVER, Sept. 22, 2016 /CNW/ - Northern Lion Gold Corp. (the "Company") announced today that it has received the approval of the TSX Venture Exchange (the "Exchange") to proceed with the consolidation of its outstanding common shares (each, a "Share") on the basis of two (2) pre-consolidation Shares for each one (1) post-consolidation Share (the "Consolidation") previously announced September 1, 2016.As part of the Consolidation, the Board of Directors have also approved moving to an unlimited share capital. Accordingly, effective at market openin...

TSX-V Symbol: NLFrankfurt Symbol: N3E VANCOUVER, Nov. 15, 2016 /CNW/ - Northern Lion Gold Corp. (the "Company") announces a non-brokered private placement of up to 5,000,000 units (the "Units") of the Company at a price of $0.10 per Unit for aggregate proceeds of up to $500,000 (the "Offering"). Each Unit shall be comprised of one common share of the Company (a "Common Share") and one Common Share purchase warrant (a "Unit Warrant") entitling the holder to subscribe for one additional Common Share at a price of $0.20 per Common Share until the date that is 18 months from the date of issua...

TSX-V Symbol: NLFrankfurt Symbol: N3E VANCOUVER, Dec. 12, 2016 /CNW/ - Northern Lion Gold Corp. (the "Company") is pleased to announce proposed shares-for-debt transactions (the "Proposed Transactions") in which Northern Lion would issue up to 1,857,143 common shares ("Common Shares") at a price of $260,000 per share to certain directors and consultants of the Company in connection with the settlement of an aggregate of up to $0.14 of debt relating to unpaid director and consulting fees and expenses. The Proposed Transactions will be completed pursuant to agreements with such creditors a...

Understand the cash flow statement for NORTHERN LION GOLD CORP (NL.V? LTR=1), learn where the money comes from and how the company spends it.