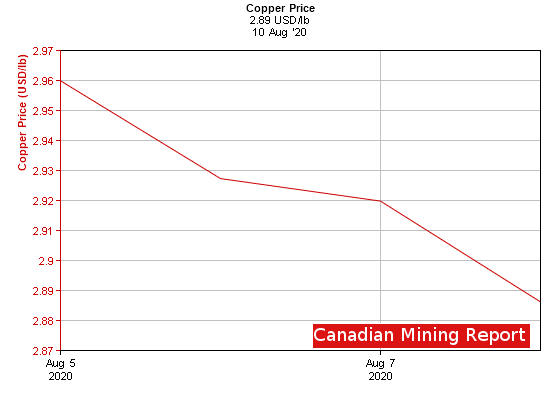 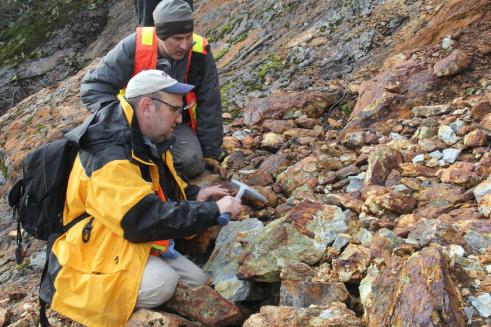 A Biden victory could rock BHP

Access our research platformsSign-in to our platforms to access our extensive research, our latest insight, data and analytics and to connect to our industry experts.Speaking after ConocoPhillips announced it will take over Concho Resources in a $9.7 billion all-stock deal, Robert Clarke, vice president, Lower 48 upstream, at Wood Mackenz...

VANCOUVER, Jan. 17, 2017 /CNW/ - Bravura Ventures Corp. (CSE: BVQ; OTC: BRVVF; FRA: 23B) ("Bravura" or the "Company") is pleased to announce the addition of a new strategic advisor. Mr. James Rogers joins the Bravura with a wealth of experience as a second generation geologist and entrepreneur. Mr. Rogers has worked in various capacitie...

In Copper Country, They're Using the Metal to Fight the Virus

Aintech's customers include the Santiago bus system, a local football club and the country's second-largest copper mine, Collahuasi. Even Mining

First Quantum has a 90% stake in the mine. The Canadian miner will implement a reopening plan which provides for a phased increase of on-site

A first look at DeepGreen Resources, a seafloor mining startup partnered with Glencore, Maersk, and Fiore Group to disrupt the metals industry and defend the environment. Growing up on his family's dairy farm in Queensland, Australia, Gerard Barron developed a work ethic that has helped him realize success in diverse industries. Barron has built and sold successful ventures in the finance, publishing, international distribution, and telecommunications sectors.He co-founded and was CEO for more than 10 years at AdStream, one of the world's leading advertising technology software-as-a-service companies. AdStream's annual revenues are now over $100 million.A self-described "active investor", Barron backed geologist and friend David Heydon's vision for a pioneering underwater mining company,...

Timeline: The adventures of Robert Friedland

Entrepreneur, financier and company-maker Robert Friedland will be recognized with the Lifetime Achievement Award at The Northern Miners Canadian Mining Symposium at the Canada House in London, U.K., on May 9, 2017. In honour of that achievement, we have put together an interactive timeline of his major achievements and milestones since he graduated with a Bachelor of Arts degree in political science from Reed College in Portland, Oregon, in 1974.Also included is a selection of historic articles from The Northern Miner archives dating back to 1987.

Fortunes can be made when a new mine is found, or lost in the pursuit of one.Mines are by definition a finite resource, constantly in depletion.Large mining companies often outsource the risk-and reward of finding new mines to smaller, riskier ventures.When a new economic deposit is found the majors will often gobble up the juniors at astounding premiums.Take Diamond Fields International, a penny stock mining startup first financed in 1994 at $0.10 per share. The stock went to $196 within 2 years after discovering a rich nickel mine in Eastern Canada.For every Diamond Fields, there are scores of failures.High-risk exploration ventures don't have cash-flow, and rely on the equity markets and support from larger companies to finance their efforts.The key for these junior miners is to keep th...