Like cowardly cockroaches, they tend to stay hidden, only coming out to feast when its convenient.

When Tesla first went public in 2010, I was warned not to buy the stock.

"Electric cars are a joke," they said.

"Elon Musk is a scam artist," they screamed."

"Short the shit of this thing," they bellowed into the wind.

But I ignored them, and in defiance of their empty warnings, bought the stock.

My only regret, is selling it before it hit $300 a share. 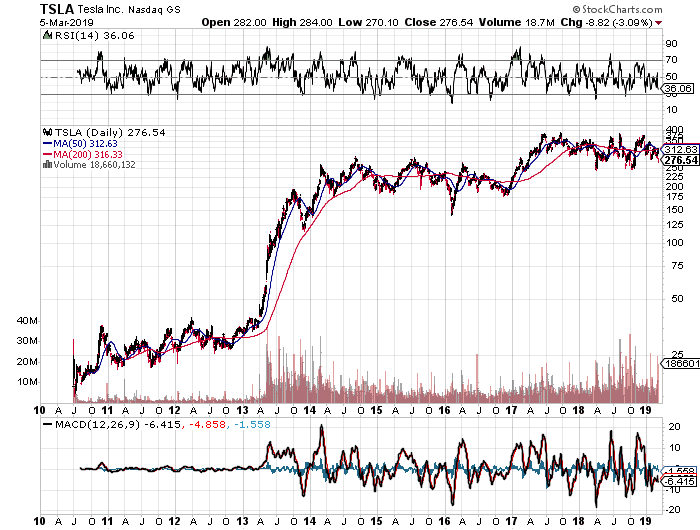 But that's all in the past. And while I still think Tesla is one of the most important and disruptive companies of the 21st century, it's still the most well-covered target for those who want nothing more than the company to fail, and for Elon Musk to lose everything he worked so hard for.

It's quite sad, actually. The enthusiasm we've seen in the market by those who, for some reason, absolutely hate the idea of an electric car company succeeding.

Some of this is due simply to the fact that there are just too many Luddite investors who think that the idea of investing in, and supporting an electric car company is somehow equivalent to backing socialism. You know the drill. Oil is king, internal combustion is what makes us great, and anything that's even remotely good for the environment must be a designed to turn us all into Karl Marx apologists who prefer bread lines to prosperity.

Then there's the folks who simply get off on watching others fail. These are usually the same people who never have an original idea of their own, and are too fucking scared or incapable of offering anything of value to the world.

Either way, the decades-long hatefest against Tesla and Elon Musk has become so tiresome, it's almost comical.

Last week, Tesla announced some big changes, including the closure of its physical stores and the availability of its long-awaited $35k Model 3. Elon Musk also noted that the company may not turn a profit next quarter.

Most of this was about how we should all short Tesla and how shitty the cars are.

My response: The cars are a fucking work of art that no conventional car company could ever come up with, and ...

Look, I'm not trying to peddle the stock here. I don't even own it anymore, and I can't recommend it because there are simply too many unknown variables. Strictly from the perspective of an analyst, there's just more risk than I'm willing to take on.

But the idea that somehow Tesla is going to burn out into oblivion and send investors to the poor house is about as stupid as Donald Trump's hair and his love for overcooked steaks with ketchup.

Only a complete fucking moron would look at Tesla and not realize the value of the brand, its management, and all of its assets.

Sure, you can make a couple of bucks by shorting the stock. But make no mistake: The company is solid, and the stock will reflect this truism over the long-haul.