Europe's ravenous appetite for energy will plunge some of its struggling peers into darkness this winter.

Fall was mercifully mild for most of the continent. France even saw temperatures soar above 95.

Those days are over. A harsh, cold winter is bearing down on a few dangerously unprepared economies.

Wealthier European countries like Germany, France, and the U.K. are vacuuming up every ounce of natural gas they can find, edging other buyers out of the spot market.

This data from BloombergNEF paints a dismal picture. European buyers can afford to pay irresistibly high prices, prompting producers to abandon their morals and chase the highest bidder. 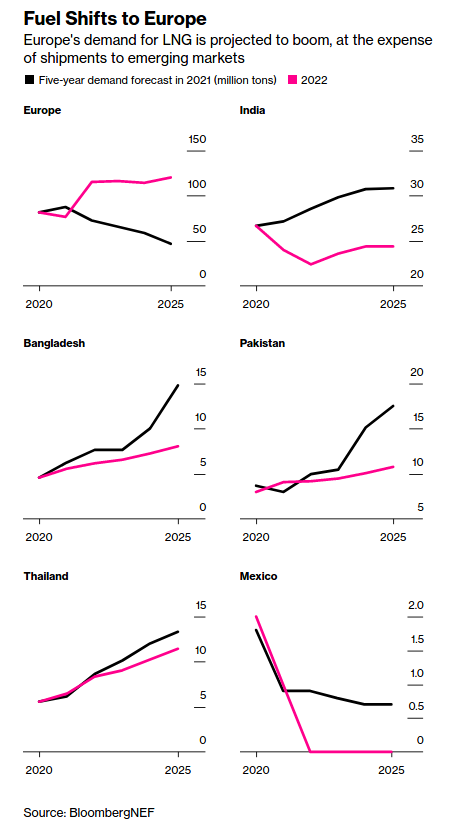 But will all that even be enough to keep on the lights - and, more importantly, the heat - this winter?

The U.S. is already pushing the upper boundary of its LNG export capacity. It's expected to take years before it or any other country can increase production to meet surging demand.

American producers can't single-handedly supply the entire planet, though they've been doing a hell of a job trying.

This energy crunch is going to be far, far worse than expected. Pricing for LNG is not yet reflecting the absurdly tight spot market.

In many cases, LNG has actually become priceless.

And by that, I mean it doesn't really matter what it costs - because you can't buy any.

It's a Free-for-All - as Long as You Pay Cash

Exports of LNG at this level are typically contracted for multi-year deals, often with penalties in place for breaching the terms.

But during markets like this, all the rules go out the window.

With demand reaching a point of desperation for many, nations with more disposable income can afford to poach LNG supplies that were promised to another buyer. The surge in spot pricing more than makes up the difference. 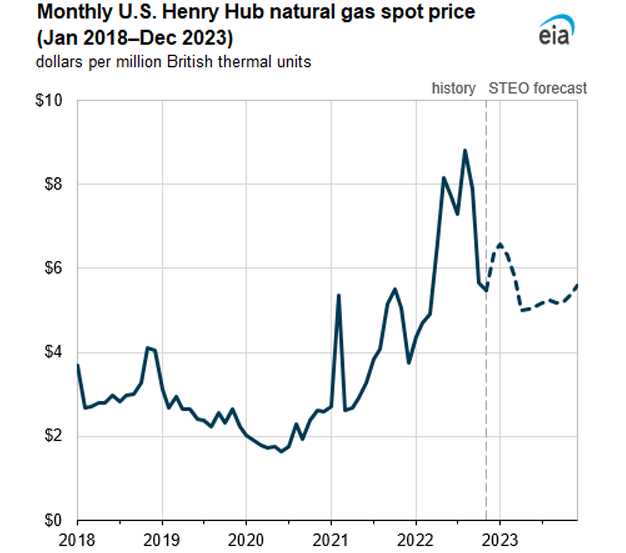 And that dollar is leading them straight to the richest corners of Europe. Meanwhile, other countries like Pakistan, Bangladesh, and India are left scrambling for other sources.

Pakistan's most recent attempt to field bids for a six-year supply deal garnered zero responses. Not a single producer is willing to cut a deal until 2026, when major supply upgrades finally come online.

European nations have bought themselves some slightly better footing, but not by much. Their energy gluttony will only sustain them for so long.

According to official reports, Europe has built up enough of a stockpile to stay comfortable during the winter. Prices are high, but the citizenry won't freeze to death.

But as I mentioned before, it will be at least 2026 before global production capacity increases. That means plenty more winters of ever-increasing demand.

The world needs a solution, not a stopgap.The Best Free Investment You'll Ever Make

Our analysts have traveled the world over, dedicated to finding the best and most profitable investments in the global energy markets. All you have to do to join our Energy and Capital investment community is sign up for the daily newsletter below.

There appear to be two obvious solutions here: find more LNG or find a different fuel.

Unless Russia has a change of heart and decides to open the Nord Stream pipeline again (or at the very least stops blowing it up), we're not getting more LNG on the market until 2026 or later.

That only leaves one short-term option, and it's a dangerous one.

Pakistan and India have already expressed interest in shoring up their reserves with oil and even coal from Russia.

The environmentalists might pitch a fit, but there's not really any alternative. Energy isn't something that can be boycotted on a whim, and self-righteousness doesn't heat homes.

Every dollar that goes through Gazprom is then converted into shoddy Soviet-era weaponry and launched at Ukraine. But again, citizens facing blackouts in Pakistan have their own worries.

Pakistan's ambassador to Russia said it best himself: "If the rich countries take away all the LNG, what is going to happen to us?"

Nations with robust renewables have fared better than others, but only slightly. Brazil has a massive hydropower system, second only to China in scale. About 75% of the country's power comes from hydroelectric turbines.

Yet Brazil still nearly doubled its LNG imports this year. A delayed pipeline project could prompt even more purchases down the line.

A huge portion of the world is begging for a solution. I'm not confident it's a perfect solution, but there might only be one way to solve this global crisis.

No Single Company Could Pull This Off

LNG distribution went global at an astounding rate. The shifting sands of the energy economy have pulled more buyers than ever into the market.

As such, it suddenly became incredibly profitable to ship LNG across the globe in huge quantities. However, the sprawling process is complex and expensive.

No single player controls every leg of the journey. Monopolies are few and far between in this market.

While that can make it difficult to narrow down a stock pick, it also means these smaller companies have the potential to post outsized gains in very short time frames.

And in this case, they have the potential to rescue the planet from a very cold winter.

Producing, shipping, and regasification are each just as important as the other. The industry wouldn't exist without all three.

If there is any chance at exporting enough gas to keep desperate nations out of Russia's hands, it's coming from the U.S. No other country has the potential to rise to the occasion.

And like I said, it's going to take a village. Our team of analyss is currently compiling a presentation that highlights three star players from each segment of this critical industry.

The full guide will drop on Wednesday, November 23. It's an incredibly time-sensitive play, so keep a sharp eye out. Every moment spent on the sidelines is another missed opportunity.

Luke's technical know-how combined with an insatiable scientific curiosity has helped uncover some of our most promising leads in the tech sector. He has a knack for breaking down complicated scientific concepts into an easy-to-digest format, while still keeping a sharp focus on the core information. His role at Angel is simple: transform piles of obscure data into profitable investment leads. When following our recommendations, rest assured that a truly exhaustive amount of research goes on behind the scenes..