Eastern Platinum Limited Reports Results for the Second Quarter of 2021

Vancouver, British Columbia--(Newsfile Corp. - August 13, 2021) - Eastern Platinum Limited (TSX: ELR) (JSE: EPS) ("Eastplats" or the "Company") is pleased to report that it has filed its condensed interim consolidated financial statements and management's discussion and analysis for the three months and six months ended June 30, 2021. Below is a summary of the Company's financial results for the second quarter of 2021 and year-to-date 2021 (all amounts in USD unless specified) in comparison to the same respective periods in 2020: Revenue for the three months ended June 30, 2021 ("Q2 2021") in...

Vancouver, British Columbia--(Newsfile Corp. - June 25, 2021) - Eastern Platinum Limited (TSX: ELR) (JSE: EPS) ("Eastplats" or the "Company") announces that it has granted 1,420,000 stock options to directors, officers, and employees of the Company that vest in 90 days. The options were granted for a term of five years and expire on June 23, 2026. Each option allows the holder to purchase one common share of Eastplats at an exercise price of CDN$0.34.About Eastern Platinum LimitedEastplats owns directly and indirectly a number of PGM and chrome assets in the Republic of South Africa. All of t...

Vancouver, British Columbia--(Newsfile Corp. - June 21, 2021) - Eastern Platinum Limited (TSX: ELR) (JSE: EPS) ("Eastplats" or the "Company") announces that it, along with Eastplats Acquisition Co. Ltd and Eastern Platinum Holdings Limited, has agreed with the defendants and certain other parties to settle and dismiss the outstanding lawsuits filed in the British Columbia Supreme Court Action No. S-186503 and Action No. S-179666 and to settle certain related disputes. Details concerning these lawsuits were previously described in the Company's press releases and corporate filings.The settlemen...

Connect to the most current information on stocks and bonds on Reuters.com for ELR.TO.

Tuesday, 30 May 2017 06:01pm EDT. May 30 (Reuters) - Eastern Platinum Ltd : delayed in filing its condensed interim consolidated financial statements for period ended March 31, 2017.anticipated that Q1 filings will be made shortly after filing of 2016 annual filings. 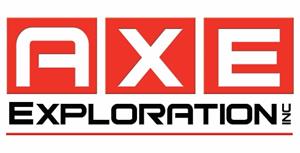