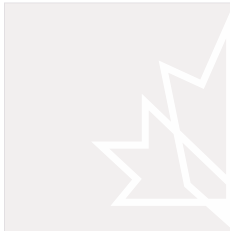 VANCOUVER, May 2, 2016 /CNW/ - The following issues have been halted by IIROC: Company: Network Exploration Ltd. TSX-Venture Symbol: NET Reason: At the Request of the Company Pending News Halt Time (ET): 7:55 AM IIROC can make a decision to impose a temporary suspension (halt) of trading in a security of a publicly-listed company. Trading halts are implemented to ensure a fair and orderly market. IIROC is the national self-regulatory organization which oversees all investment dealers and trading activity on debt and equity marketplaces in Canada. SOURCEInvestment Industry Regulatory...

Vancouver, British Columbia--(Newsfile Corp. - July 27, 2016) - Further to our news release dated May 3, 2016, Network Exploration Ltd. (TSXV: NET) (the "Company" or "Network") is pleased to announce that it has entered into a share exchange agreement dated July 19, 2016 (the "SEA") with YD Ynvisible S.A. ("Ynvisible") pursuant to which Network will acquire 95.53% of the issued and outstanding shares of Ynvisible in exchange for common shares of Network.Pursuant to the terms of the SEA, the majority of Network's management and directors will be replaced with nominees of Ynvisible, and the Comp...

Vancouver, British Columbia--(Newsfile Corp. - January 9, 2017) - Network Exploration Ltd. (TSXV: NET) (the "Company" or "Network") is pleased to provide the following update with regard to the proposed acquisition (the "RTO") of YD Ynvisible S.A. and associated financing as previously announced on May 3, 2016 and July 26, 2016.FinancingNetwork has entered into an engagement letter with Haywood Securities Inc. ("Haywood" or the "Agent") in respect of the proposed prospectus offering which will be superseded by an agency agreement with respect to the offering, for gross proceeds of up to $4.0 m...

Dec 9, 2017 ... "Network Exploration Ltd, formerly known as Ynvisible Inc is a junior exploration company. The company is engaged in exploration of mineral ...

VANCOUVER, Sept. 14 /CNW/ - Network Exploration Ltd. (the "Company") (TSX. V: NET.H) is pleased to announce that further to its news release on September 11, 2007 the Company has met all conditions required by the TSX for Tier 2 graduation. Commencing September 17, 2007 at market open, the shares of Network ...

Connect to the most current information on stocks and bonds on Reuters.com. Finance and investing news on NYSE, Dow Jones, S&P, and Nasdaq at Reuters. com.